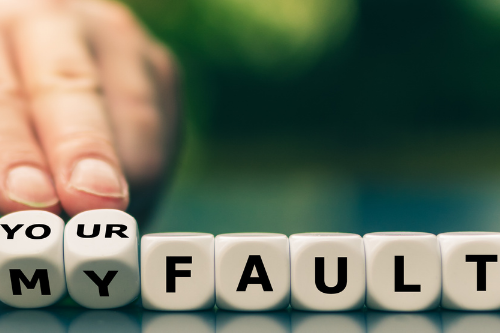 As of April 2022, the UK has introduced landmark reforms to divorce laws, introducing a new no-fault divorce option which is aimed at reducing conflict between separating couples. As experienced divorce lawyers in Chesterfield, this is undoubtedly a welcome change to the law in the respect that it effectively removes blame from the divorce process, therefore alleviating stress on both separating couples and any children they may share. So, here a few answers to the most pressing questions we’ve been asked about the new law.

How Exactly has the Law Changed?

Described as the biggest shake up in divorce law for more than half a century, The Divorce, Dissolution and Separation Act (2020) ends the need for separating couples to apportion blame for the breakdown of their marriage. Before the law changed, one spouse would have to make accusations about the other’s conduct, such as ‘unreasonable behaviour’ or adultery, or alternatively face years of separation before the courts would allow a divorce to be granted, regardless of whether they had mutually decided to separate. This new law essentially negates the need to place blame, so a spouse or a couple jointly can now apply for divorce by simply stating their marriage has broken down irretrievably.

Why Has the Law Changed?

According to the Deputy Prime Minister, Lord Chancellor and Secretary of State for Justice, Dominic Raab, the intention was to “reduce the acrimony couples endure and end the anguish that children suffer.” Identifying that the breakdown of a marriage can be a stressful time for all involved, especially children, the new law “allows couples to apply for divorce without having to prove fault, ending the blame game, where a marriage has broken down irretrievably, and enabling couples to move on with their lives without the bitter wrangling of an adversarial divorce process.”

Why is Abolishing Blame so Important?

In essence, the law has been changed in order to remove any unnecessary finger-pointing and tension at a time where emotions are already running high. It also spares children from witnessing their parents’ mudslinging and becoming embroiled in any animosity. In addition, it stops one partner from vindictively contesting a divorce and locking their spouse into an unhappy marriage. For example, domestic abusers could previously use their ability to challenge the process to further harm their victims, but these reforms will put an end to this behaviour.

What Else has Changed?

In addition to ending ‘the blame game’ associated with divorce, the new law introduces a minimum period of 20 weeks from the start of proceedings to a conditional order of divorce being made. This allows more time for couples to agree on a variety of practical arrangements for the future. Another welcome change is the simplification of the language used. Divorce language has previously been tricky to understand, so the changes include replacing the terms ‘decree nisi’, ‘decree absolute’ and ‘petitioner’, with ‘conditional order’, ‘final order’ and ‘applicant’.

How Can Vines Legal Help?

It’s clear that the new divorce law will inevitably make the process less stressful, it’s still strongly advised that a solicitor is involved to ensure each party has representation to act on their behalf throughout the process.

Vines Legal offers a FREE, no obligation initial consultation where we will explain everything in full, including all the options available to you. Click here to complete our enquiry form so we can book you in for your free Consultation, or call the office today on 01246 555 610.